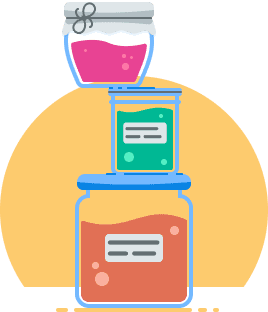 If nothing else, the recent takeover of Twitter and subsequent radical changes to the platform have shown that no matter their size, no third-party content platform on the web can be trusted to exist in the same fashion forever. Although there are often alternatives, transferring content and followers is often hard or outright impossible. And who’s to say that the next platform won’t suffer the same fate?

The content you put on those platforms is at their mercy. You renounce almost all control over it.

Perhaps because of this realisation, there has been a resurgence of the personal website lately. It’s a space you control, under your own domain, and since the web is fundamentally open (it’s all just HTML, CSS, and JavaScript in the end) you theoretically cannot be locked in.

In practice, however, things are rarely that simple. In this article, you’ll get a glimpse at how to avoid further lock-in and how Mattrbld can help you build and maintain your own personal website.

The content you produce, be it clever takes on information security, Christmas-cookie recipes, or pictures of your favourite alpaca, has to be stored somewhere to be accessible by all the people you’d like to share it with—and typically that means it lives in a database somewhere on the internet that’s not under your control.

This can be very convenient, it is usually free after all, and you can just post something and forget it. But that also means you have no real say over what happens with your content. People could use it as training data for “AI”, turn it into NFTs without your knowledge—and have the right to do so because you didn’t carefully read their 24-page terms of service document like you confirmed you did when you created your account.

On your own website, you set the terms. You can post whatever links you want to post—Mattrbld is on Mastodon now, by the way. You can say whatever you want to say. Obviously, the general rules of society and its laws still apply, but the point is, you are in control.

Your personal website is a way to express yourself free from restrictions and conventions of other social platforms, you can make it look and feel exactly the way you want it to. Unfortunately, building and maintaining websites isn’t quite as easy as just opening an app and posting the most recent photo you took.

There’s no denying that building a well-designed and well-functioning website isn’t easy. It involves choosing the right server, buying a domain name, configuring DNS—and all that on top of actually programming the site!

All this complexity has spawned many platforms that simplify things. They allow you to purchase a complete package and design your site based on an existing template with a visual editor. It’s awfully convenient, especially for users that have little to no technical background.

The problem? They’re closed platforms. You’re once again uploading your content to a place that’s not under your control, with its own rules and pricing. What’s stopping them from suddenly doubling the price of your package? And if they do, you can either lose all your content again and start from scratch somewhere else, or begrudgingly pay the higher fees.

That’s not how it should be and there are open-source alternatives, such as WordPress, you can basically run on any web host of your choice, but these platforms have a server component that needs to be kept up-to-date to avoid security issues. They’re not exactly easy either and, frankly, overkill for most users, while at the same time often tightly coupling the front-end of your website with the back-end on the server-side.

What is the Jamstack?

In and of itself, the Jamstack (JAM being an acronym for “JavaScript, APIs and Markup”) is nothing new. It simply is a name given to websites that are not dynamically created on-the-fly when a user visits them, but are instead pre-rendered—just like the websites of the early web used to be. Such sites are also often referred to as “static sites”.

However, unlike the static sites of yore, Jamstack websites don’t have to miss out on modern and conveniences such as graphical content management systems and dynamic features such as comments, reactions, and more. In a Jamstack website, the static markup gets enhanced with JavaScript, which allows the use of API services to provide personalisation and dynamic features.

This allows for decoupling, another core feature of Jamstack websites. Content, presentation, content management, business logic, everything is an individual component that can be independently added, upgraded, changed or removed. It also means that you are in control from top to bottom.

Don’t like the moderation policies of your comments-API? Use a different one. Don’t like how your website looks after a year? Re-design it without having to update or lose your content. Need a shopping cart to sell alpaca merchandise? There’s an API for that!

If that sounds like a lot of different parts, that is because they are—but that’s the point, any of them can be changed without affecting the others. And while it may look complicated, many static site generators offer prebuilt themes that can be used to spin up a blog or website quickly, so getting started is easy if you’re a developer—or have a developer friend who can set it up for you.

Getting it running is the biggest hurdle, but once it does, publishing new content can be almost as easy as using a closed, centralised platform, thanks to a headless content management system.

Traditionally, editing the content of a static website required knowledge of HTML and could be quite cumbersome, since adding a new item to the site’s navigation would require changing all pages showing that navigation.

Thankfully, static site generators have largely eliminated these issues by providing templates and layouts for content that lives in entirely separate files. These files are usually written in Markdown, which can be edited by anyone in a simple text editor, even if they aren’t a developer.

However, that would still require them to commit and push the changed files to a version control system so the build-service can re-generate the site, or generate the site on their local machine and publish the generated files via FTP or SSH. It’s not rocket science, but also not very convenient, especially if you want to publish something from your phone.

That’s where a content management system such as Mattrbld comes in. With it, editing existing and publishing new content becomes almost as easy as publishing it on a social media network—without losing control of it and no matter whether you’re on your phone, your laptop, or a stranger’s computer.

Of course, the content management system is yet another component in the Jamstack that needs to be set up by someone who knows what they’re doing. Mattrbld makes the process as easy as possible by abstracting away all the technical complexity, so even users with only a moderate technical understanding should be able to set it up.

However, just like with creating a Jamstack site as a whole, the process is not ideal for someone looking for a quick plug-and-play solution. Mattrbld is intended as a way for developers and agencies to provide customers an intuitive, visual way to work with their content without having to rely on a third party. So if you’re someone who is not a developer or have no experience with web technologies, you may want to commission someone to build your perfect personal website for you and connect it to Mattrbld.

Once everything is set up, you will be able to post, edit and update your content as you see fit with minimal cost and maintenance.

Yes, hiring someone or spending a lot of your own time to design, build and host a personal website is not free—but neither is publishing your content to third-party platforms. It may be free from a monetary aspect, but you are giving up your freedom and control in return, while often also having to pay for “premium” features that cost much more over time than building and hosting your own website.

The web is changing, and while there’s no denying that large, centralised platforms will always exist and be predominant in this space because many people value convenience over freedom, it is never too late to take back control over your content.

Online, you are your content—and nobody else should own it.

Back to all posts